Our customer Ross Baker of Venton Farm, Highampton has been producing for the early market for several years now and has seen great success by doing so. As we approach lambing season again, we are keen to share the achievements Ross achieved this year, even with such an unstable market place.

Ross lambs 550 ewes in total, with 400 Suffolk Mules lambing continuously from mid-January until the end of April. Scanning at 175%, the ewes were housed from mid-December and fed on 19% Pre-Lamber Rolls (Lifeline included) alongside hay until they lambed. Then the ewes were fed 18% Ewe Master Rolls post-lambing and after turnout. The ewes were also vaccinated with Footvax and Enzovax as part of the flock health plan. Each ewe was turned out within 48 hours as a double or a single in to a field where they stayed until weaning. The lambs were fed adlib Lamb Start to Finish Pellets from two weeks old and continued this until they are picked to go direct to Randall and Parker. 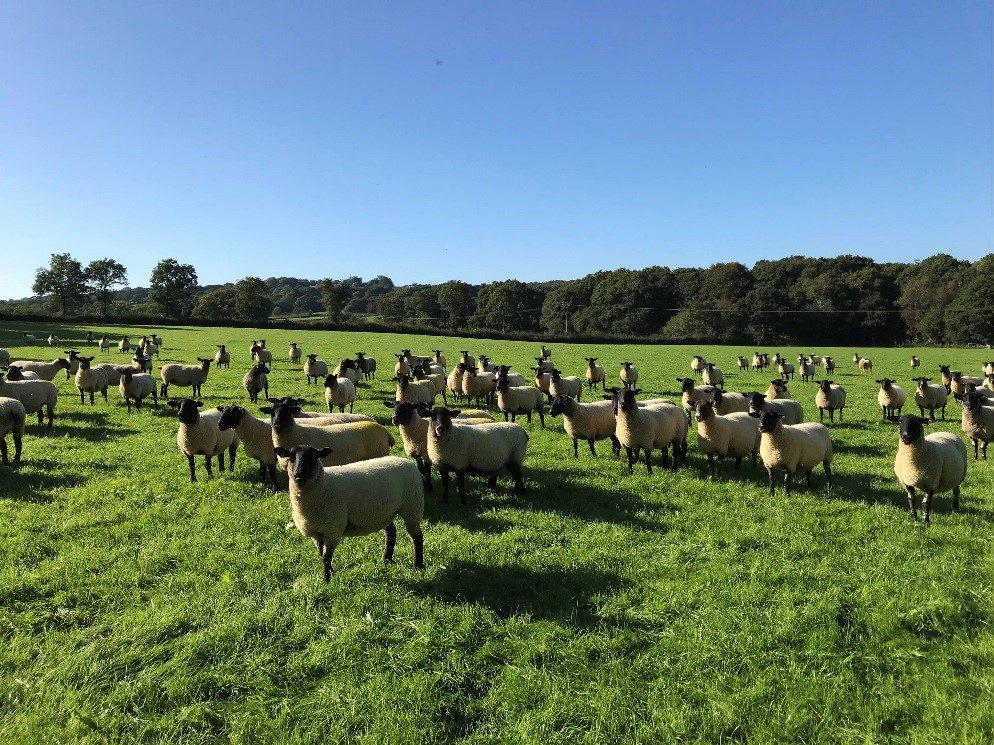 Ross began selling his lambs in the first week of April 2019 year and continued to pick lambs on a weekly basis throughout the season. In total 100 lambs were sold in April 350 in May and a further 190 in June. With 640 lambs sold in three months, Ross managed to achieve an average price of over £100 per lamb for this period.

By lambing in January and feeding both the ewes and the lambs to their nutritional needs, Ross explains that hitting the earlier market more than compensates for the cost of creep feeding lambs.

Please talk to your Feed Specialist to discuss how our Sheep Feed concentrate range can benefit you.