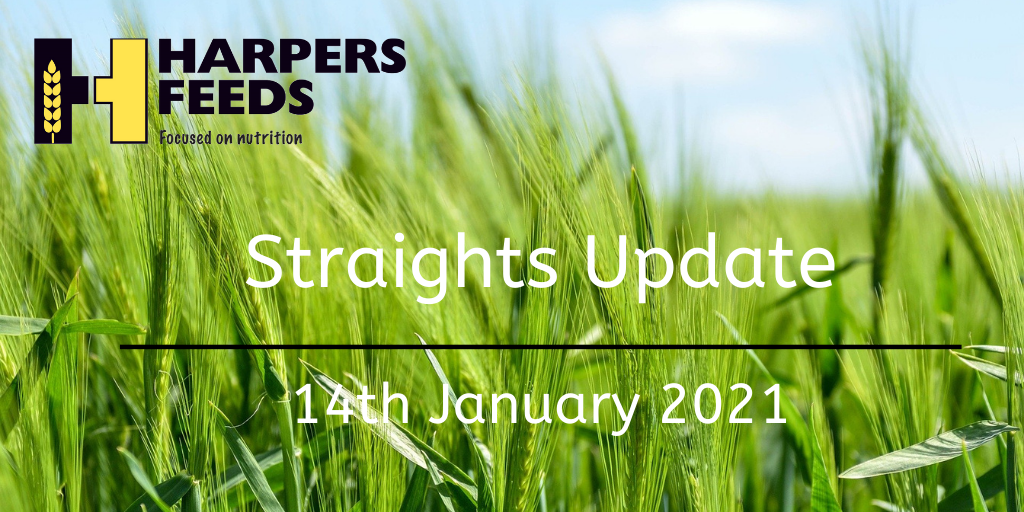 All markets continue to firm, predominately on the back of fund activity.

La Nina weather conditions in South America continues to cause concern for crops, due to dry weather. La Nina causes the opposite in Malaysia, who are now experiencing monsoon type conditions.

This week we saw the January USDA report, which was bullish towards Maize and Soya, but wheat was reasonably neutral.

Globally soya production was only cut by 1 million tonnes to 361 million tonnes. Brazil are still set to produce at whopping 133 million tonnes and Argentina’s product was only reduced by 2 million tonnes to 48 million, which considering the apparent weather conditions, isn’t disastrous. Hopefully this will be the minimum that is lost. The strike is now over from the ports, but we are still see the delays from the loading. Farmers have now decided to protest over export taxes for maize.

Wheat was forced up by the rest of the market, but there still seems plenty of sellers of wheat.

Barley is starting to tighten, with the BREXIT deal and ports are buyer of barley going forward.

Sugar beet seems to have priced itself out of the market for the summer, but consumers are focusing on soya hulls, which still looks expensive in the late £180’s delivered onto farm, but at present is difficult to see it coming down!!

If you would like to talk through any of these points, please do not hesitate to contact us. 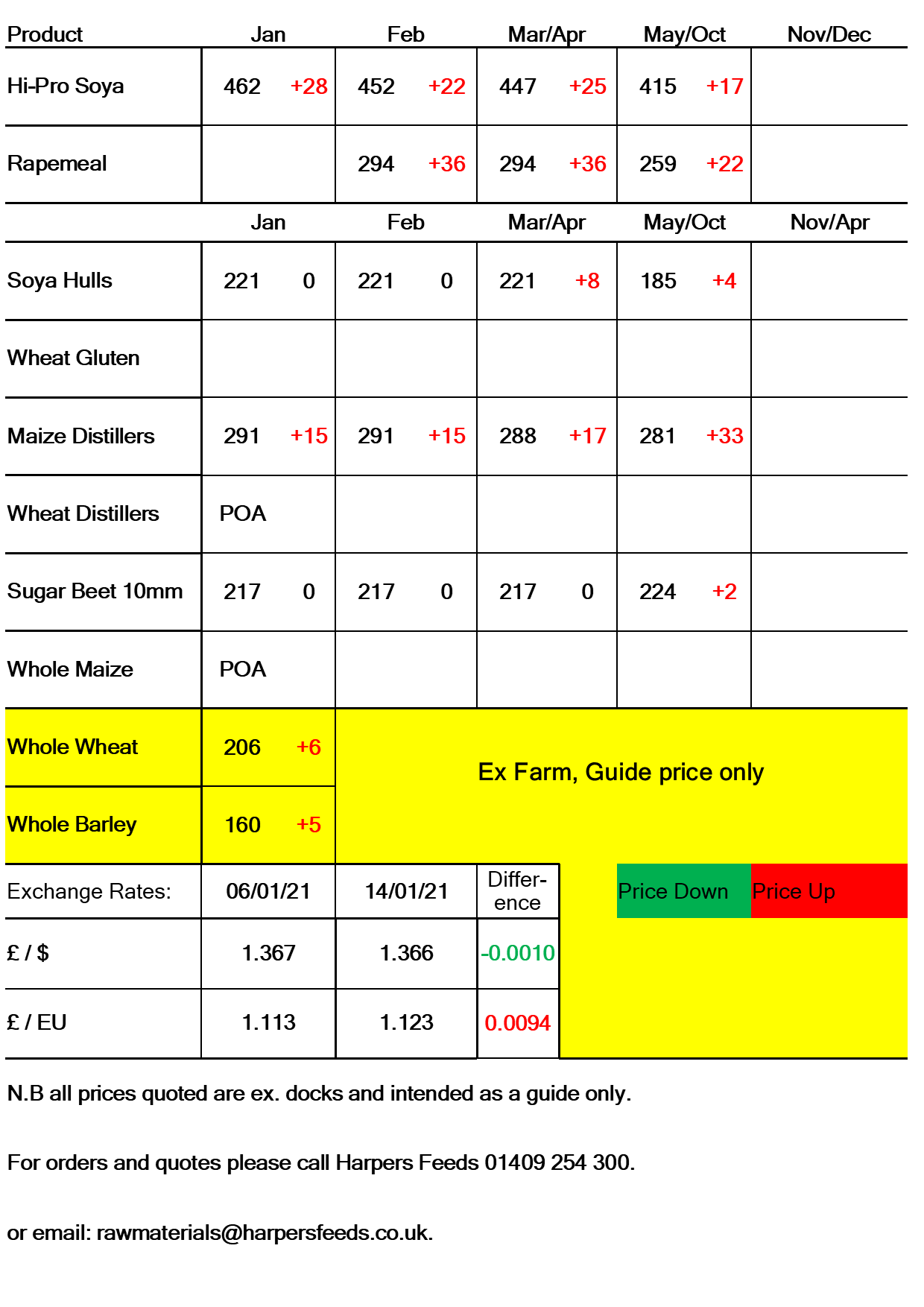 How to prepare for a successful lambing