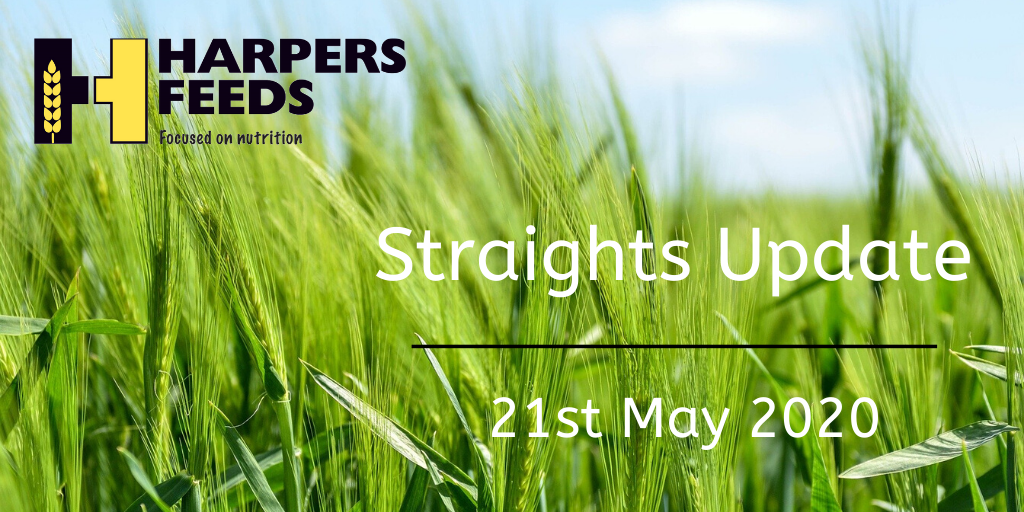 US ethanol production has increased by about 7.5% this week but production is still 38% lower than a year ago.

80% of the US maize crop has already been planted, the fastest rate since 2015.

US soybean planting has also been going well it is looking as if more soybeans are being planted this year over corn.

The markets are starting to have concerns over the continued dry weather in South America, Corn in Brazil looks like it is being heavily affected.

US soybean sales to China have continued but in lower levels then expected as China continues to favour Brazils cheaper soybeans.

China continues to urge food companies to boost soybean imports having already taken record amounts of Brazilian supplies in May.

Crude oil prices are beginning to show tentative signs of recovery as countries are exiting lock down with Brent Crude breaking above $36/bbl. Will we see EU ethanol production start again?

China has now announced an 80.5% tariff on Australian barley in latest escalation in trade tensions. Barley trade between the two nations is expected to halt. China has now started buying French barley this week.

The U.K. announced a new post-Brexit tariff regime to give it leverage in upcoming trade talks. "Our new Global Tariff regime will benefit U.K. consumers and households by cutting red tape and reducing the cost of thousands of everyday products," International Trade Secretary Liz Truss said.

As the dry weather continues across Europe the market is starting to become concerned with crop conditions. New crop wheat and barley has seen a significant rise in prices this week. 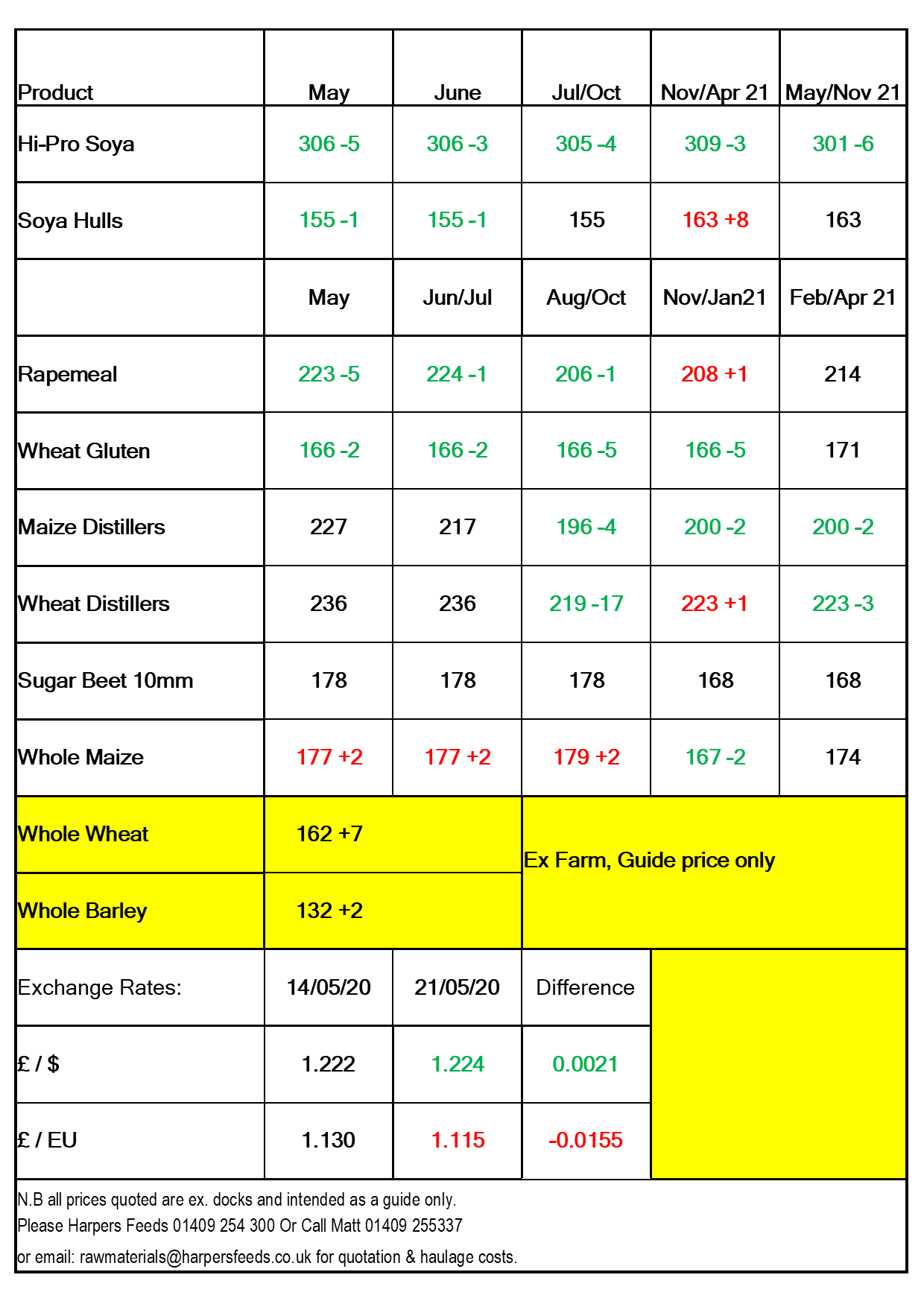 Market comments are the opinion of the author, and are not capable nor intended
to create any legally binding obligations on either party, and are not intended
to provide professional advice. (E&O.E)