At Ley farm, Bradworthy, Roger and Wayne Pomeroy calve 170 Holsteins a year in two blocks, one from August to November and the other January to April. The herd currently averages 9000 litres. They have just started calving the eighth blocks of cows since introducing MF Eliminator into the transition diet and in Roger’s own words “I wouldn’t calve cows on my farm without it.” 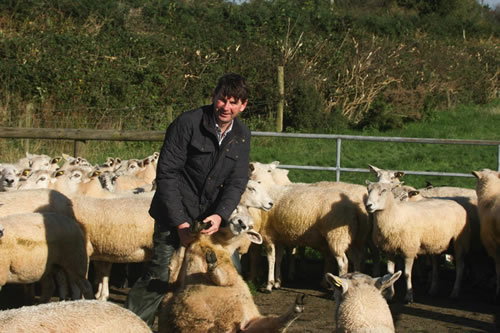 We lamb 250 ewes early in January and creep feed the lambs to capture the higher prices in May/June. The remainder lamb from mid-March onwards. When the ewes came in we fed them silage and straw plus the new Harpers 19% Pre-Lamber Nuts. I’m glad we did – the weather was so extreme that the ewes and their lambs needed all the help they could get. The lambs born were in great fettle and I’ve no doubt this new feed helped them through the cold and when grass was very short.

We changed the cows diet in April and started to use the FiMLAC Grazing 110/95 product. We have noticed improvements in the quality of the milk, and the urea is low.

We sell to a cheesemaker so the milk quality improvements have been greatly received.

We have deliveries every two weeks and are highly satisfied with the product.

A. Kerslake at Nicholashayne Farm

I would like to thanks Harpers Feeds for producing such a lovely ‘Top Calf Mix’. After years of struggling with other blends for the show cattle I stumbled on it by accident. I called in to Watermans at Tiverton to buy a few bags for our dairy replacements. They blossomed and grew very quickly. I also fed it to our promising six month old Hereford bull calf prior to weaning. He grew and grew and has done so well in his development that he has won many awards at National Shows this year, the first being Reserve Interbreed Champion at Devon County Show. More Interbreed successes were to follow at Three Counties and The Royal Welsh Show. He is still eating the Top Calf Mix today.

" I would like to say that having used your Glow milk powder for the last 2 years, it's the best milk powder we have ever used. We have had no incidents of calf scour, no issues with transferring the calves to the powder or any related issues."

We have been really pleased with the quality of the calf feed you have been supplying over the last few months and the service alongside this from your company.