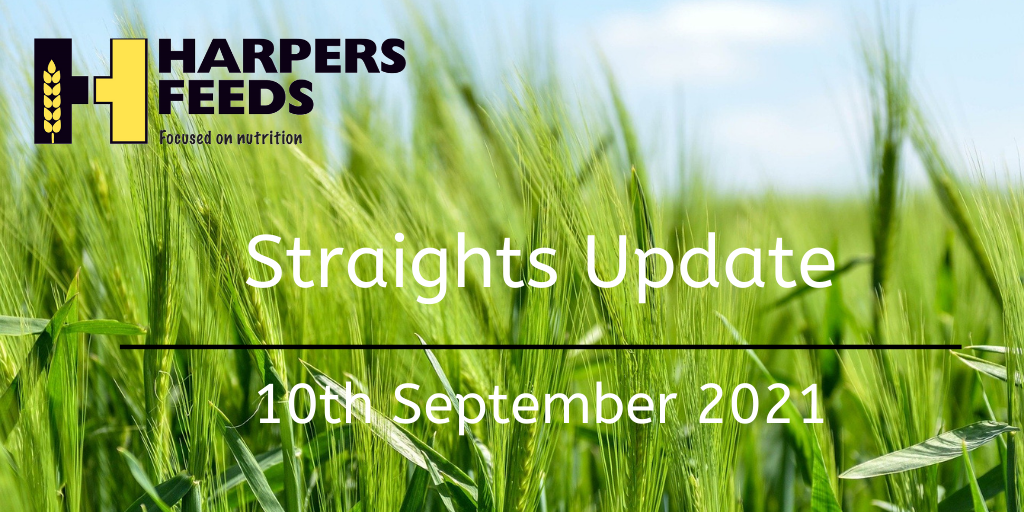 Russian Wheat production estimates have also been cut over the last month as yields continue to disappoint.

Hurricane Ida has caused major disruption in the states with damaged caused to several ports, barges and other key areas.

Soya prices have eased slightly over the past seven days with barley and wheat also easing as harvest in the UK comes towards its end. 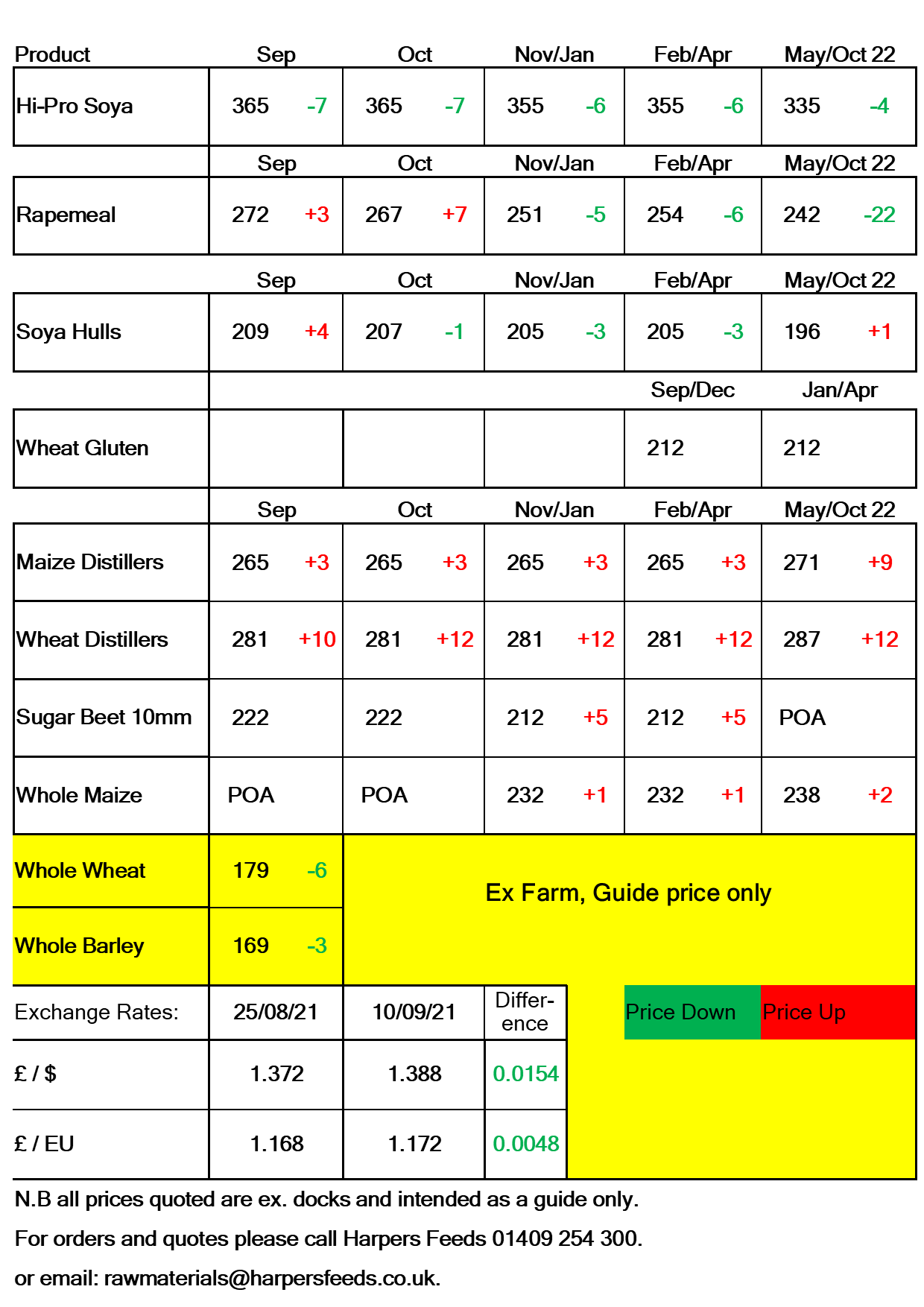