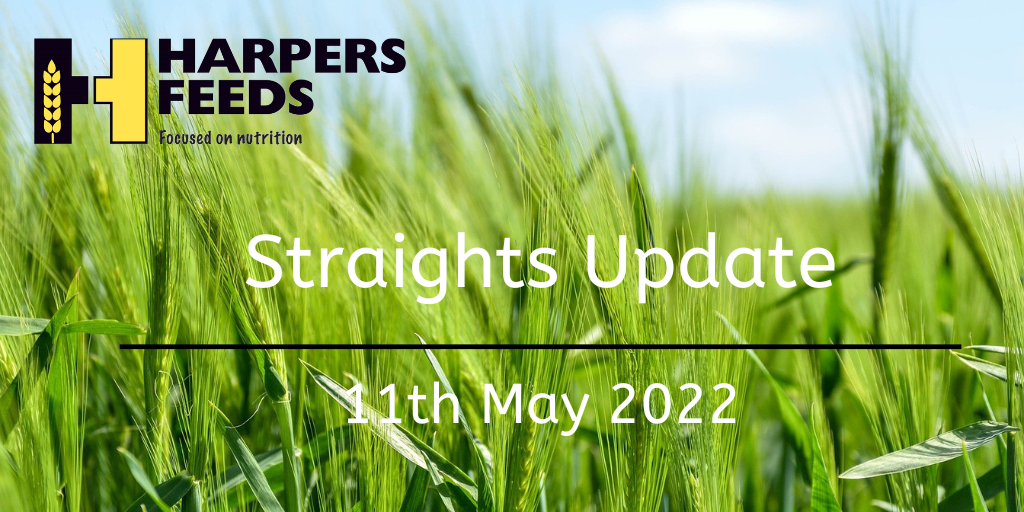 The Ukraine Minister of Defence has accused Russia flagged ships of stealing Ukraine grain and transporting the Cargo to Syria and other Middle Eastern Countries. Ukraine officials have accused Russia of stealing and threatening their food supply throughout the war and now believe that over 400KT of grain have been stolen since the conflict began. It has been speculated the Egypt has turned away two Russian vessels in the past seven days for carrying stolen Ukraine grain.

India has downgraded their wheat crop, with their government trimming forecasts by 6.3MT to 10.5MT. This is due to the very high temperatures seen in March, cutting yields. This has impacted the market after the country had produced five consecutive record wheat harvests. Weather conditions also threaten French grain crops as hot, dry weather in the past couple weeks could cause irreversible damage to crops. France has seen near record-low levels of rain, triggering concerns and threatening hopes of French wheat easing the Ukraine shortfall.

Maize planting in the US continues to be delayed, reaching 22% complete by 8th May, far behind the 50% complete this time last year. In South America, AgRural cut its estimate for second maize crop production by 5MT to 80.9MT.

Soybean prices have eased over the past week with forecasts of a dry, warm period in the US lending pressure to prices as the warm period will allow farmers to aggressively ramp up their planting. Rains and cold temperatures have kept many producers out of the fields during a critical period for getting seeds sown in time for a full growing season.

Rapeseed prices continue to remain high in he short term as concerns over sunflower supply remain and influence to the market and we wait for new crop to arrive in August.

We are likely to continue to see volatility in the straights market while the conflict between Russia and Ukraine continues. The conflict will add to concerns over supply for wheat, maize and sunflower in particular and cause price fluctuations for replacement materials for the short and potential long term. Much is unknown as to where the market direction will go for many commodities as long as these concerns remain. 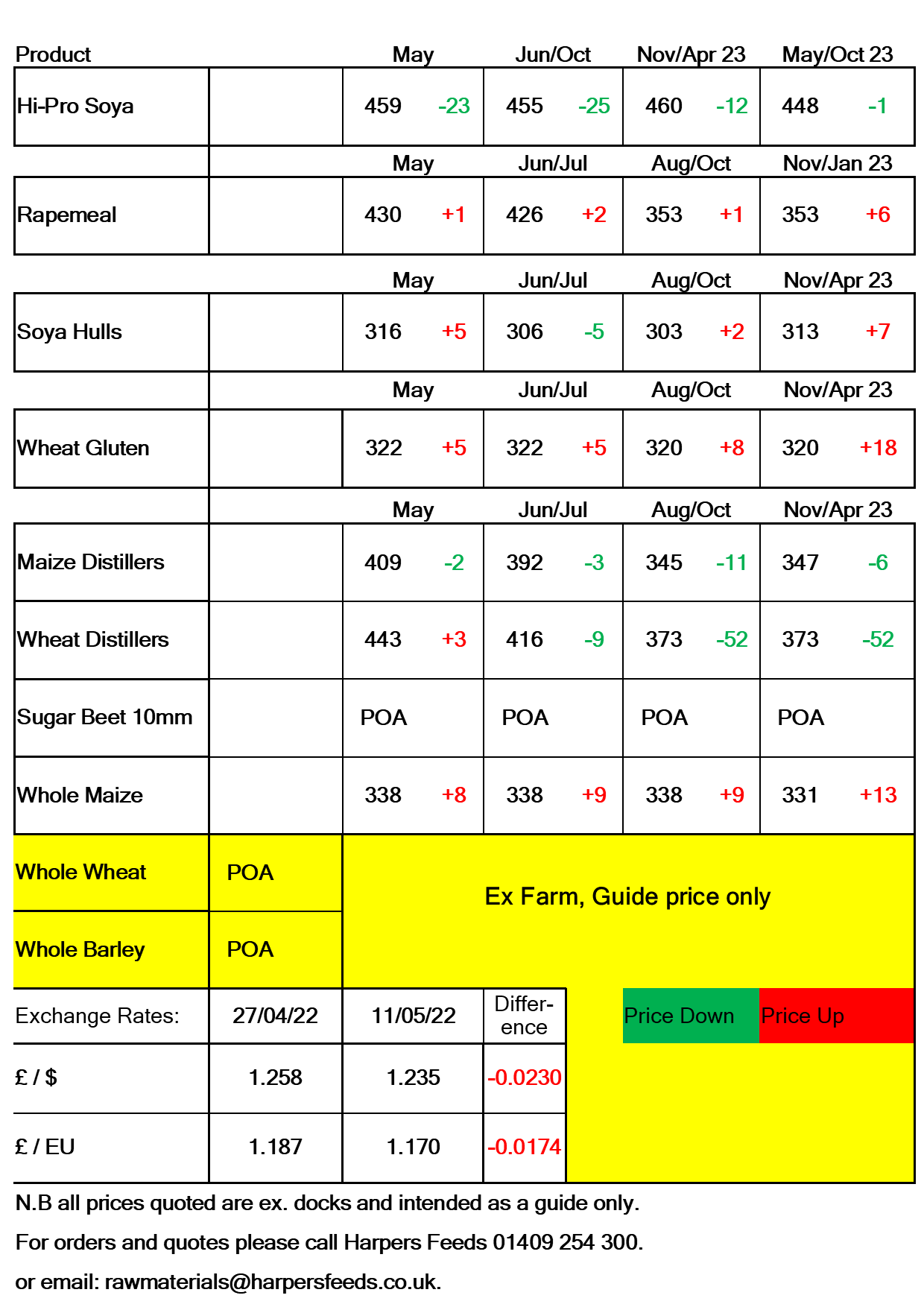 3:38 pm 07 Apr 2022
We use cookies on our website to give you the most relevant experience by remembering your preferences and repeat visits. By clicking “Accept All”, you consent to the use of ALL the cookies. However, you may visit "Cookie Settings" to provide a controlled consent.
Cookie SettingsAccept All
Manage consent