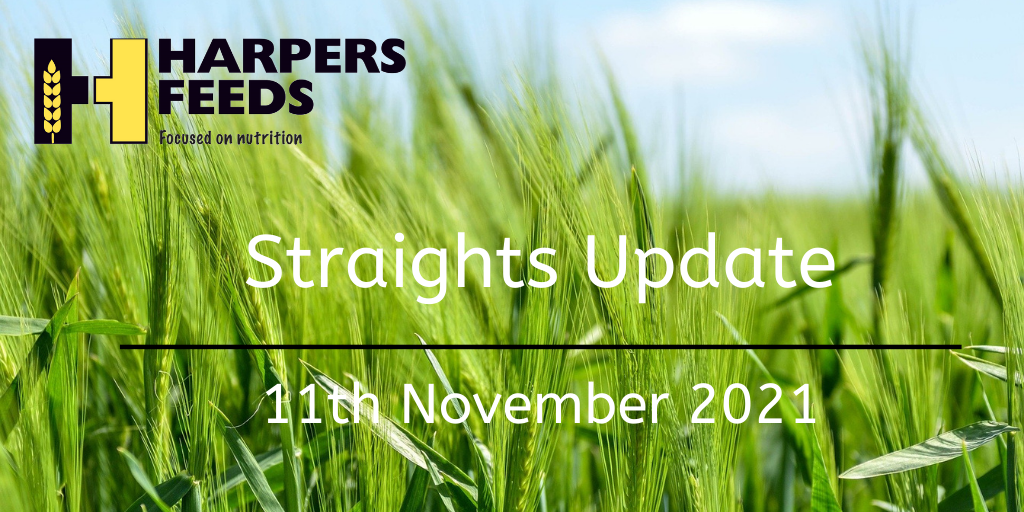 Over the past 48 hours we have seen the market largely reacting to data published by the USDA in this months WASDE report.

For Maize Tuesdays report saw an increase of US production by 1.1MTs but due to strong domestic consumption and maintained export projections, ending stocks were marginally trimmed down. The increase in domestic use can mainly be linked to the increase of ethanol production.

Soybean production estimates were cut in the US and yields were reduced in several key states. The department of agriculture pegged yields at 51.2 bushels per acre, a fall against earlier projections. Production estimates for Argentina were also cut. In contrast Brazilian soybean production outlooks remain strong, with the majority of Soy now planted. On the back of the report we have seen prices firm from the initial ease at the end of last week.

In terms of Wheat the only major change was to the production outlook for Russia. A projected 1MT increase in production was offset by a cut to EU production of 1MT. Russia has implemented a rise in export tax starting in January, which will likely tighten supply.

UK Wheat prices remained steady at the end of last week but has since began to rise again. The UK has also seen the gap between Wheat and Barley narrow as we see prices come ever closer to a matched price.

The ongoing rise of energy costs combined with the continuation of logistical issues relating to freight and haulage remain a key driver in market direction. 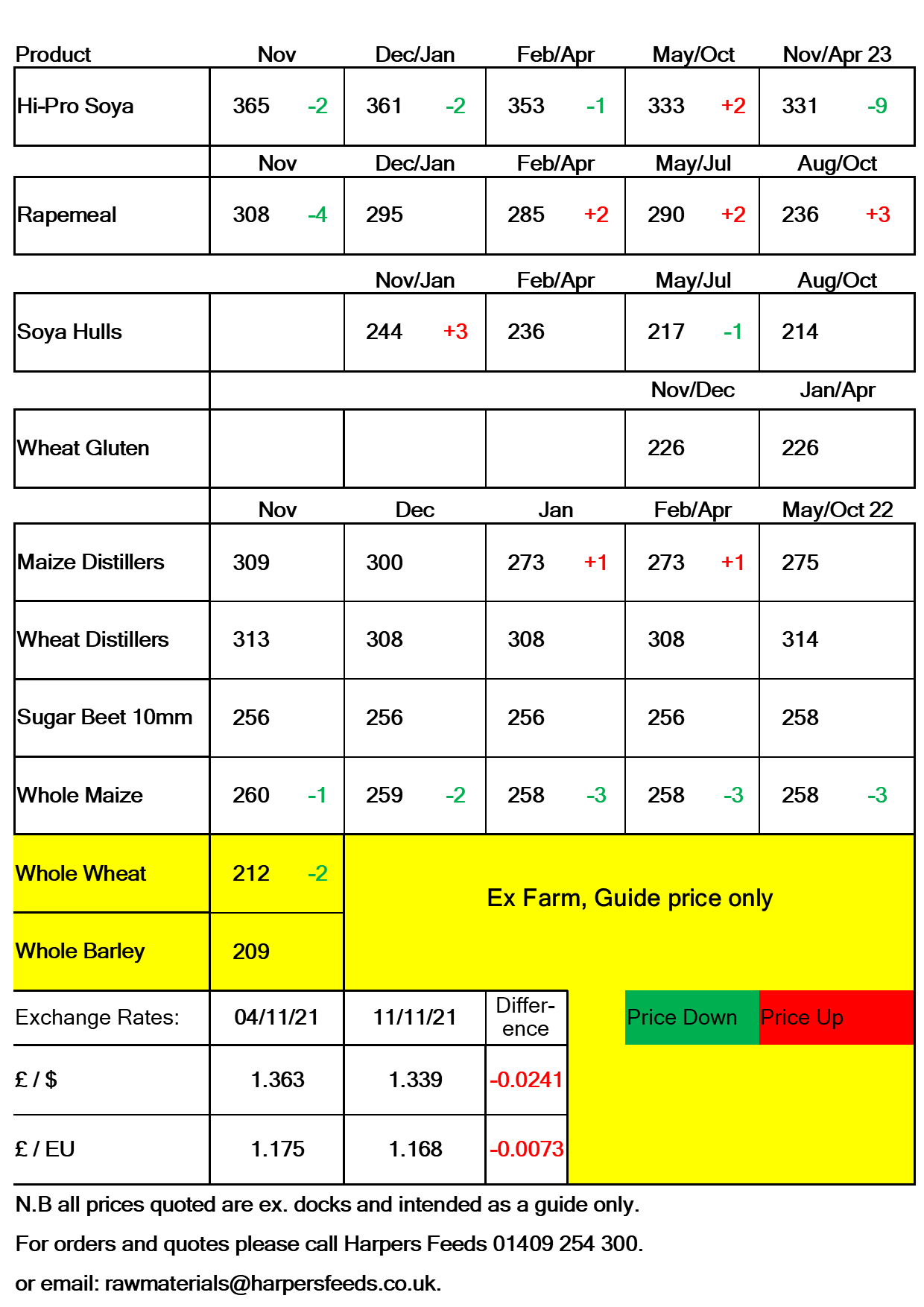