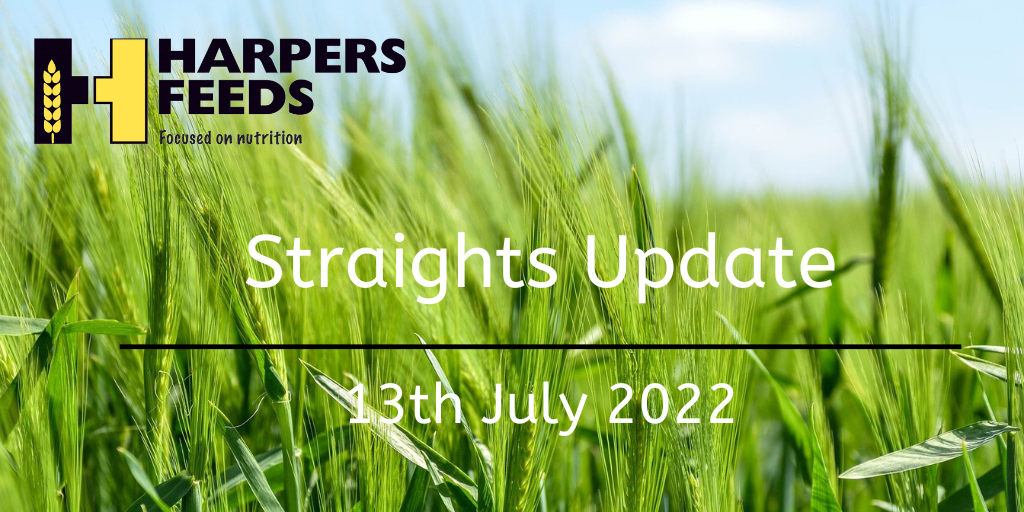 This week saw the release of the July WASDE report which many felt was a broadly neutral to bearish report.

The AHDB forecast projections show that the UK could produce up to 14.36MT of wheat this season, 3.09MT of winter barley and 3.74MT of spring barley. Both wheat and winter barley are an increase on 2021 figures but a drop for spring barley. Harvest for barley is underway in some parts in the North of England which could be the earliest harvest for some time. Reports are for good yields with some areas reporting yields of more than 8t/ha.

Ukraine production estimates were trimmed by 2MT on a reduced are to 19.5MT with Russian production being increased to 81.5MT. In recent days we have seen several images and videos in the media of Russian forces shelling fields of wheat and maize, which combined with the extreme heat has caused widespread fires to fields, which will have an impact on production going forward.

Further to the terror caused by Russian forces, exports and storage are continuing to be a problem for Ukraine. over 25MT of grain is still in storage waiting to be exported out of the country with very little space left for the grain waiting to be harvested. Ukraine farmers are scrambling to build new storage to cope with the amount of grain building up.

Although some exports are being made by land through trucks and trains, logistical issues hinder these options. Trains in Ukraine must stop at the border as the tracks gauge is 9cm wider than that of its European Neighbours. The grain is then loaded onto wagons on other trains which takes time. There is also a matter of capacity, as vessels carrying containers can often carry the equivalent cargo load of 50 trains.

Talks of a potential export corridor via the Black Sea are still ongoing but no real developments have been made so far. There have been reports that vessels are ready in the port of Odessa to be loaded for export. In June, Ukraine was able to export 2.2MT of grain, compared to the usual 6MT per month seen in previous years.

For soybeans, global production was trimmed by 3.97MT to 391.4MT. This was due to a cut to planted area estimates in the US which resulted in US production being decreased to 122.61Mt from 126.28MT.

June soybean imports for China dropped by 23% year on year to 8.25MT. US weather is currently in focus as the crop enters key development stages. Long term focus will be on South American planting intentions and whether high input prices could potentially reduce acreage.

Rapeseed prices have tracked higher in the short term amid reduced planting projections in Canada, but long term prices are likely to continue to be more influenced by other oilseeds in the 2022/2023 marketing year. 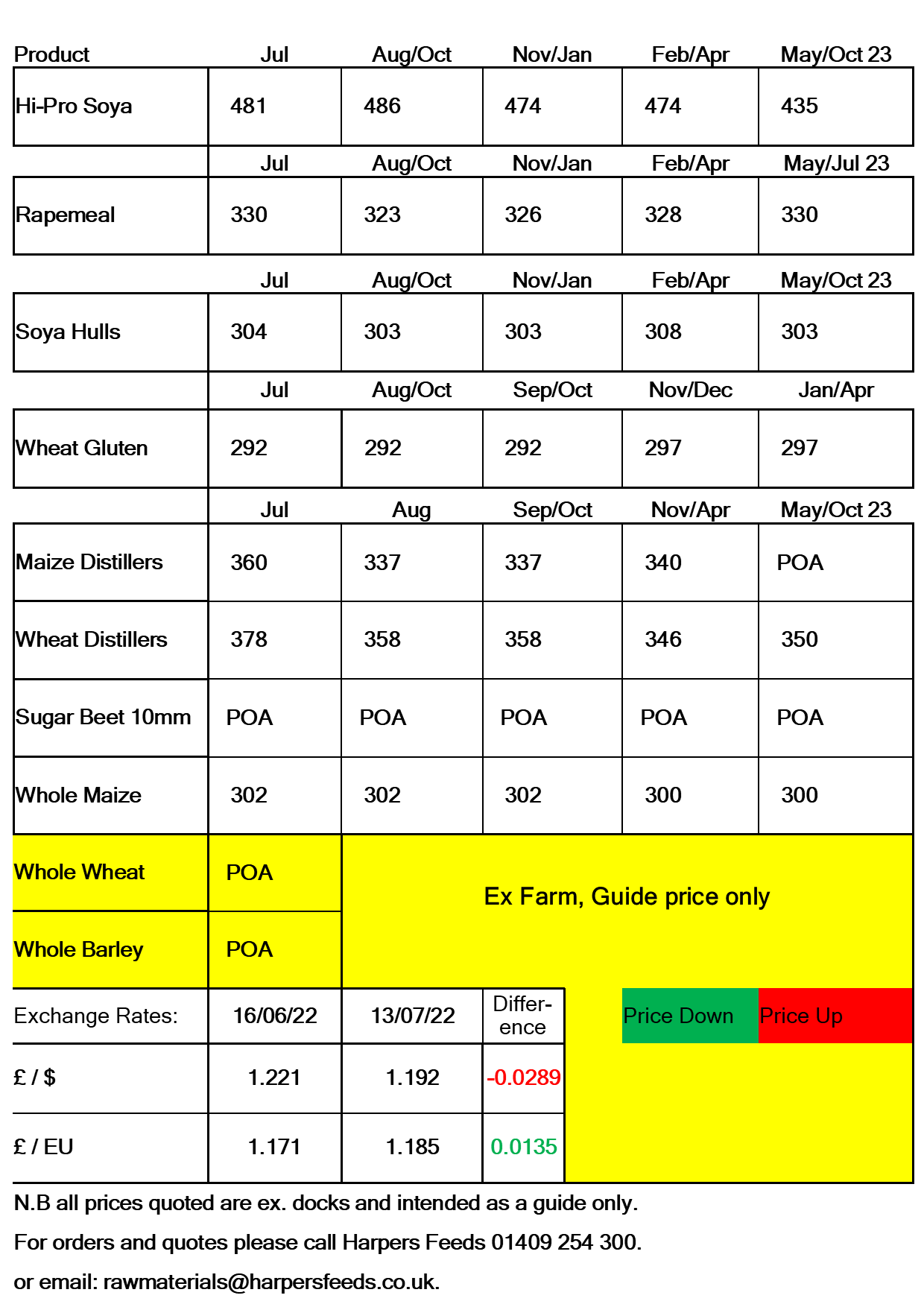