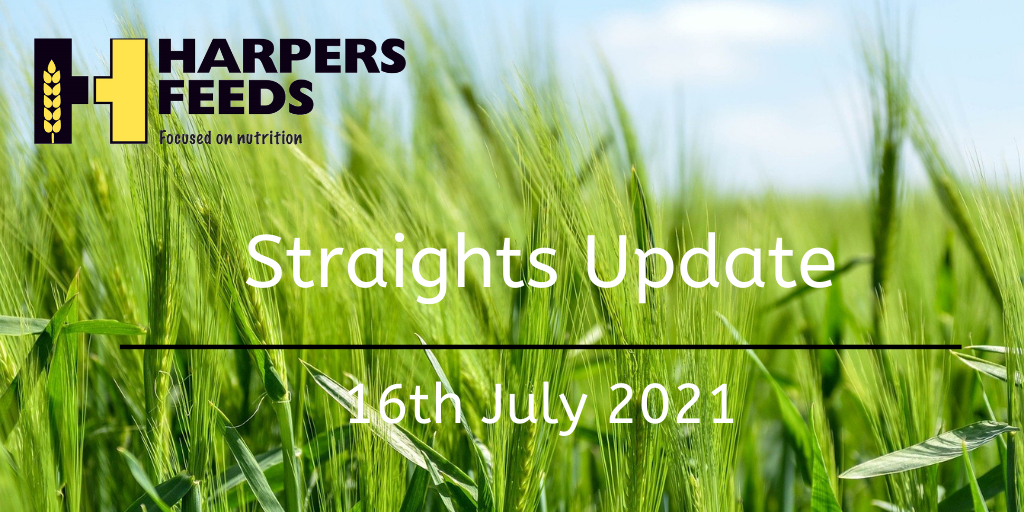 Recent USDA reports forecasted a third consecutive year of record world wheat and maize production. However, for this year they still need the world maize crop to produce a ‘normal crop’. Narrowing that down, it means there cannot be any issues looking forward with the North American maize crop.

There are already issues being reported with the safrinha maize crop in Brazil. It began with 109MT, but most believed it lost around 5-10MT and since the end of May many believe it has lost another 5-10MT.

There are concerns regarding the spring wheat planted in the US and other countries. Many of these areas have seen real tangible weather issues which has likely damaged crop conditions.

The EU and UK are expected together to produce around 20million tonnes more wheat this year than last, at a total of about 149MT.

A US Department of Agriculture global supply-and-demand outlook this week reported larger-than-expected US soya bean and corn production and stocks.

We have seen prices for Hi Pro Soya ease over the past two weeks following the sharp rise on the back of the USDA acreage report. 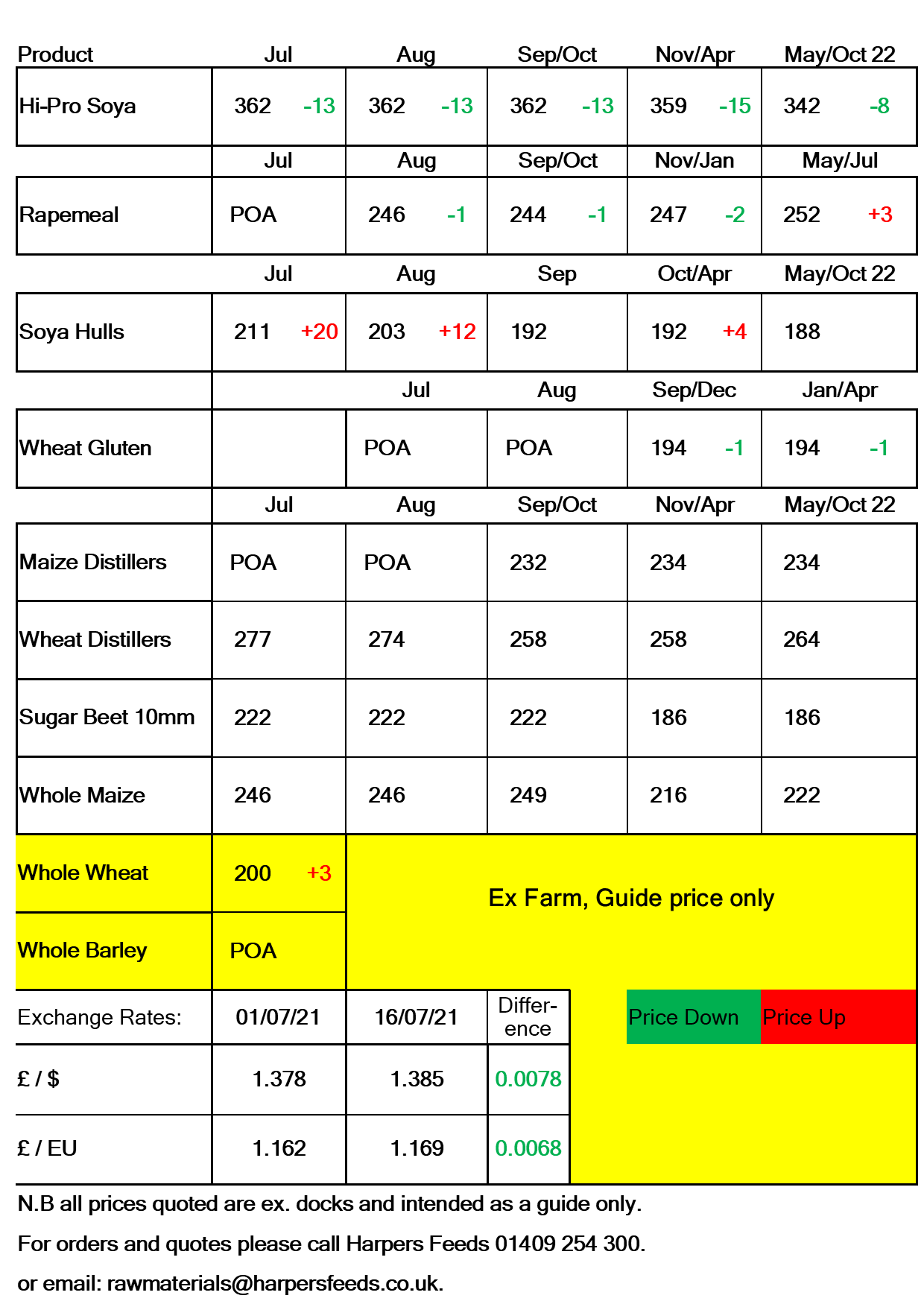