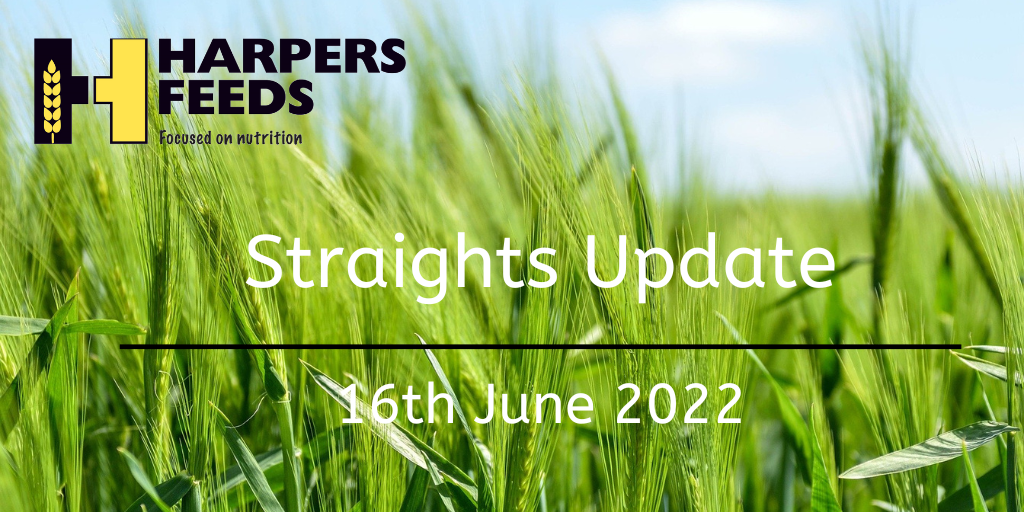 UK feed wheat futures have been settled this past week after much volatility through last week.

Ukraine harvest has begun in Ukraine with winter barley in the Odessa region. A Ukraine Agricultural Minister said on Monday that the country’s grain harvest was likely to drop to around 48.5MMT this year, down from 86MMT in 2021. The Minister also projected that Ukraine wheat production would drop from 32MMT seen last year to between 17-20MMT this year.

However, there are a wide range of forecasts for production this year as it is estimated that 22% of wheat producing areas are currently affected by the conflict and Military invasion.

The European Union Crop monitoring service known as MARS has projected Ukraine’s 2022 maize crop at 35.3MMT, down from 41.9MMT in 2021. However, conflicting estimates made by Ukraine’s Deputy First Minister this week has maize production falling as low as 24MMT.

A ship carrying 18,000 tonnes of Ukraine maize has arrived in Spain official say. The ship used a ‘new maritime route’ that aims to avoid Russia’s blockade of Ukraine ports. Exports out of the country have become extremely problematic as it is reported that there is still substantial amounts of grain to export from last harvest.

Ukraine used to export over 6MMT of grain a month but dropped to 350,000 tonnes in March and could potentially reach 2MMt by the end of this month. Even with the recent boost in exports, it will not ease the large surplus of 55-60MMT of grain and oilseeds for which there is simply no place to store.

There has been no breakthrough between the Russian government and official from Ukraine, Turkey and the UN regarding a potential food export corridor. It is reported that Russian officials continue to push for unreasonable demands of which many say Ukraine will not agree too.

India’s wheat exports are estimated at 4.5MMT in 2022/23, which is around half of what was initially forecast due to the recent export ban imposed by the Indian government. Conab is estimating that Brazil will produce 8.35MMT of wheat in 2022, which if realised, would be a record wheat crop.

US maize crop condition scores remain encouraging, reaching 72% Good and Excellent. However there are concerns over forecasts of extreme heat conditions sweeping across the US, which could be detrimental for maize and wheat progress.

Soybean planting in the US has reached 88% complete by 12th June. Strong demand for US origin soybeans is keeping the market supported despite South American harvests finishing up. US weather over the coming months will be a key watch point.

UK rapeseed prices have come under pressure over the past few weeks and prices now look competitive against other products such as Hi Pro Soya. Long term, focus will be on the upcoming EU-27 harvest and Canadian crop conditions over the summer. Global production is also expected to increase for 2022/23. 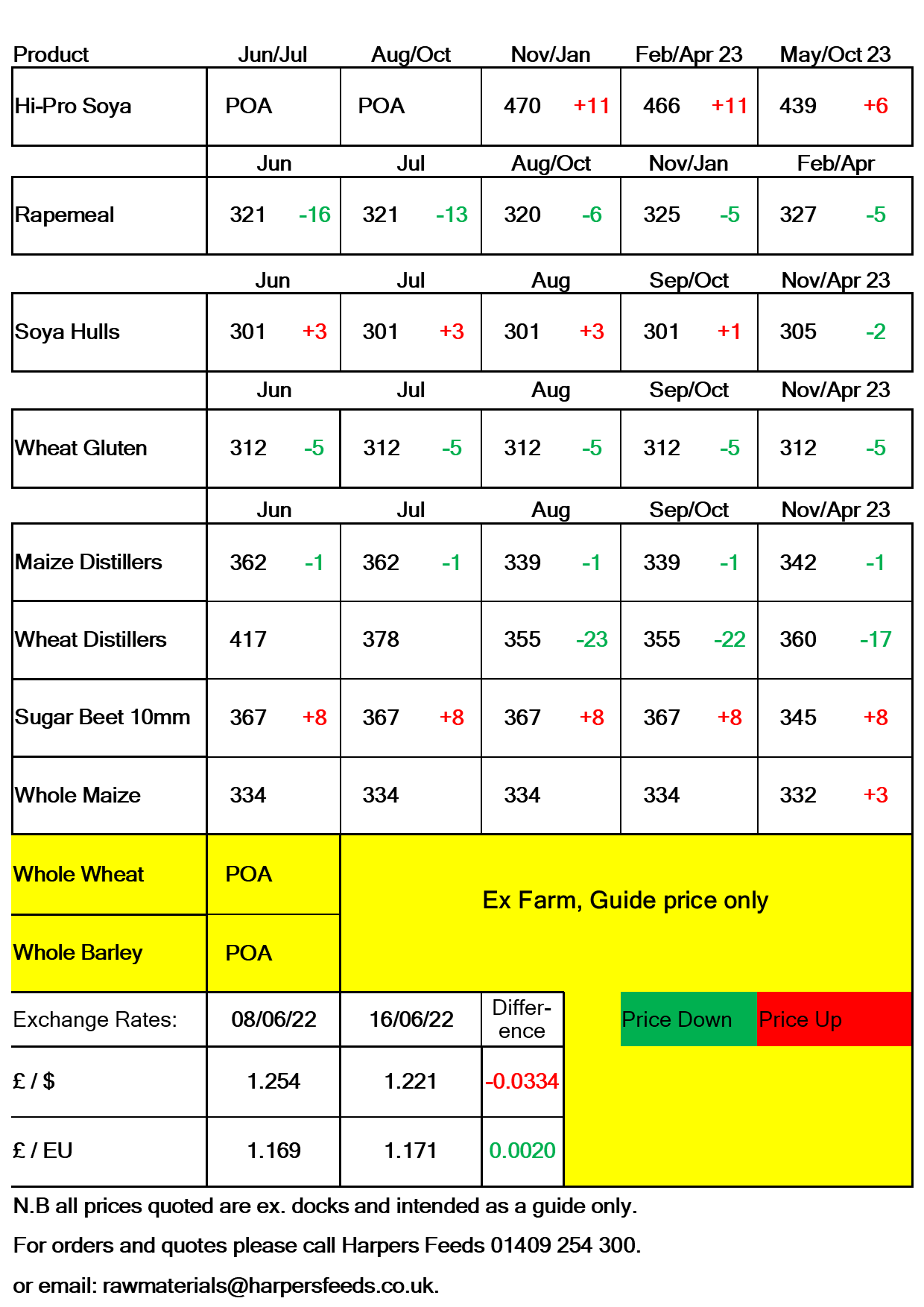