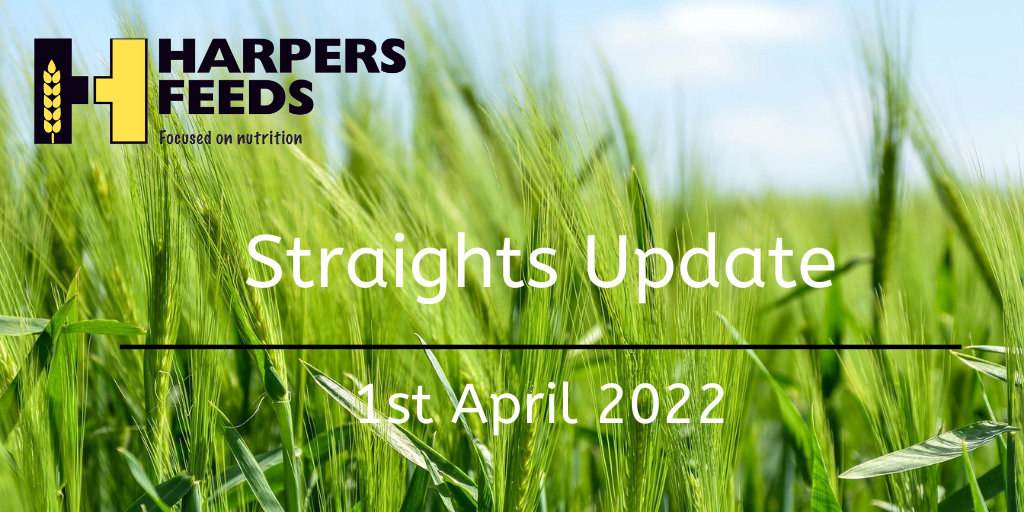 Over the past few weeks the global markets have been adjusting to the ongoing conflict between Russia and Ukraine. Global prices for all commodities have risen sharply over the month of March, with several raw materials reaching record high prices as concerns over exports and supply continue to impact the market.

UK ex farm prices for wheat and barley have risen sharply over march, following gains on the UK feed wheat futures. UK feed wheat (May 22) futures reached record highs of £316/tonne on the 25th March. UK prices follow global prices which have been rising in response to the war between Russia and Ukraine.

Russia and Ukraine were set to account for 29% of the global wheat trade. When the conflict started it was reported that Ukraine were yet to export 5.52MMT of wheat and Russia were still yet to export 13.42MMT. With almost all of the Ukraine ports being either closed, damaged or blocked since war began, much of the wheat has still not left its respective country. Sanctions imposed by western nations on Russia Trade has also caused supply issues with sippers concerned they will be carrying sanctioned cargo. It is reported that Ukraine is in talks with Romania to use their ports for exports, although no agreement has been made yet.

Thursday saw the much anticipated Prospective Planting report, where total wheat planting in the US is estimated at 47.4 million Acres, up 1% from last year. Global factors that will impact the market direction of wheat and barley will be how long the conflict lasts in Ukraine and the size and condition of the US wheat Crop as drought continues in many Areas.

Like wheat, maize is another commodity that has been impacted heavily by the war in Ukraine. When the conflict started it was reported that Ukraine was yet to export 13.74MMT of maize and Russia 3.38MMT. Ukraine has begun to export some of the remaining maize via train, however in very small quantities. As major importers of maize turn their focus to other major exporters for supply, global prices have risen sharply due to this new demand.

In yesterday’s USDA Planting Report, US Maize area is estimated to have dropped 4% from last year too 89.5 million Acres. This is mostly due to the rising input costs such as fertiliser and energy. As a result, global maize markets have pushed higher with prices finding support. The key factors that will influence the maize market going forward will be the length of the conflict, Ukraine’s ability to plant maize in April, farmers access to fuel and fertiliser and how damaged is the Ukraine export infrastructure?

Like grains, volatility in global markets have been causing significant price changes in the oilseed markets. Ukraine and Russia account for 75% of global sunflower exports. As concerns over availability of sunflower supply have grown, demand to other oilseeds saw price rises for products such as rapeseed. Global supply for rapeseed was already under threat as Ukraine and Russia account for 8% of global production. The renewed interest in rapeseed gave support to global rapeseed prices.

Soya also saw big rises in price over March on the back of the Ukraine conflict but we have seen prices ease over the past week. The Brazilian soybean harvest continues, boosting availability. However, strong US demand has could offset this and offer support to prices. We could see market prices ease for soya today on the back of the Prospective Planting Report. The report estimated an increase of US Soy area of 4% to 91 million Acres. This is only the third time that US farmers are expected to plant more soybeans than maize.

All the factors seen influencing the market indicate that we are likely to see elevated prices and volatility continue in the short term. Until there is some form of resolution to the conflict between Russia and Ukraine, global markets will continue to be heavily influenced by news coming from the area. Even if a peaceful resolution was found, it would take some weeks/months for the trade and export infrastructure to return to some form of normality. Therefore the long term outlook for these materials remain too unclear. 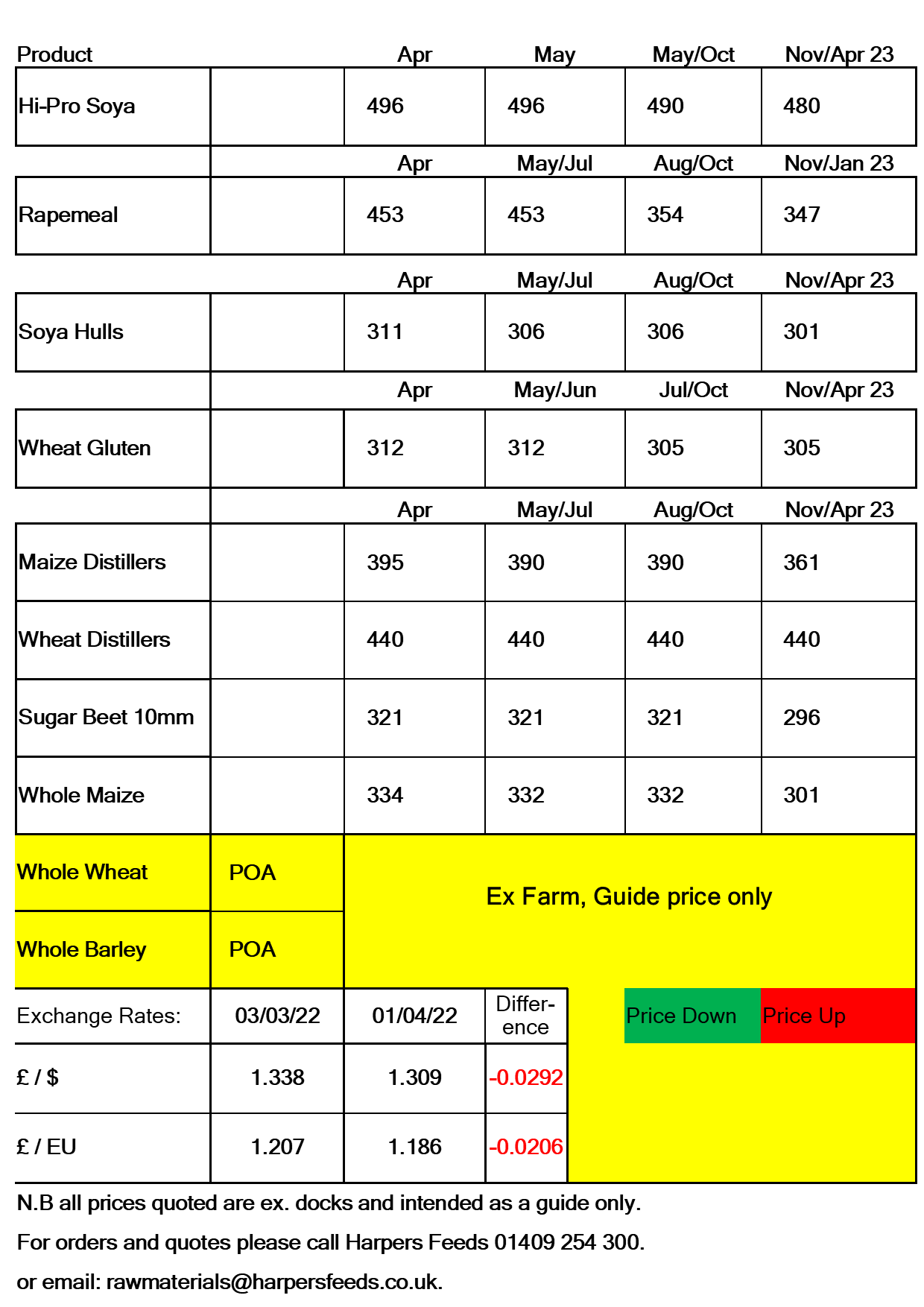 8:21 am 09 May 2022
We use cookies on our website to give you the most relevant experience by remembering your preferences and repeat visits. By clicking “Accept All”, you consent to the use of ALL the cookies. However, you may visit "Cookie Settings" to provide a controlled consent.
Cookie SettingsAccept All
Manage consent