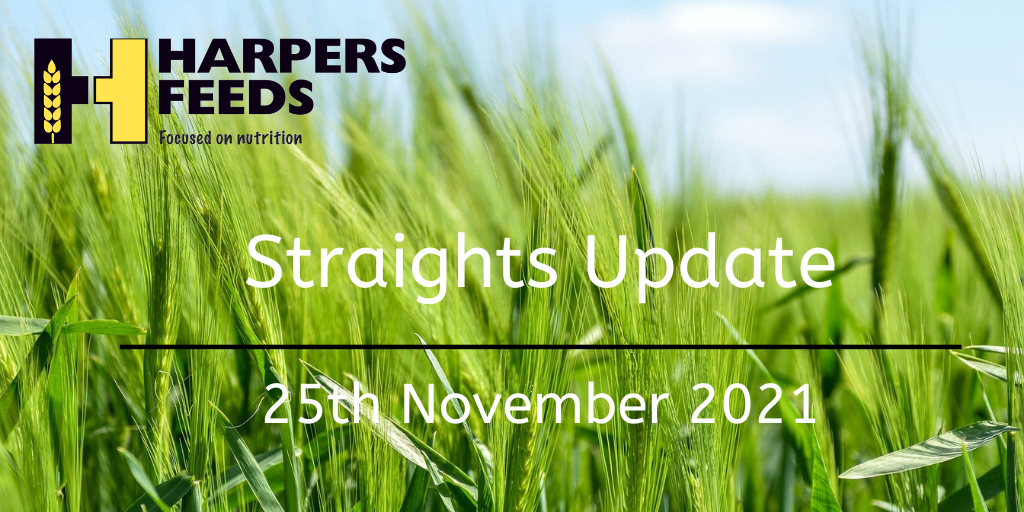 New records were set on UK wheat prices over the past week as several factors contribute to the soaring prices. As long as global prices continue to rise there is likely to a continued rise to domestic prices.

The key factors that are firming the grain market include, strong global demand for wheat where there are tight/declining stocks in the major exporter countries. It is reported that the EU are exporting Wheat extremely fast in comparative to previous years. Some reports suggest that the EU have exported 30% ahead of last year according to official data reports. Due to these reports, prices in top exporters have jumped, shipments from western Canada have been disrupted due to severe flooding and US winter crop conditions have worsened. Canada had already suffered crop damage due to the Canadian summer heat.

All these factors have combined to create an extremely volatile UK Grain Market with the Wheat Market pulling up the price of Barley. On Monday and Tuesday we saw the market rise £6 and £7 per tonne.

Soya prices rose at the end of last week due to increased export figures to China, with 1.65MT of US Soybeans headed their way. US Soybean harvest is reported to be 95% complete, slightly behind the 4 year average. In Brazil, Soybean planting is reported to be 86% complete, well ahead of the long-term average. Although some areas in Brazil are concerned with recent dry weather, rainfall is forecast in the coming days. With La Nina in action, rainfall over the coming months will be a key factor for soybeans.

Although globally, maize prices have softened slightly, the ease has been offset by domestic logistical issues. Struggles to get ‘wheels’ under the grain have seen prices rise slightly domestically and with moderate La Nina active over South America, any changes to the weather will be closely monitored.

Rapeseed futures have been continuing to climb with little news to suggest any reduction in the tight supply. Australia may offer the market a breath when its crop come on line, with crop conditions reported to be better than last year. With rising global vegetable oil prices combined with the ongoing domestic logistical issues, it is likely to see a continuation of volatile prices. 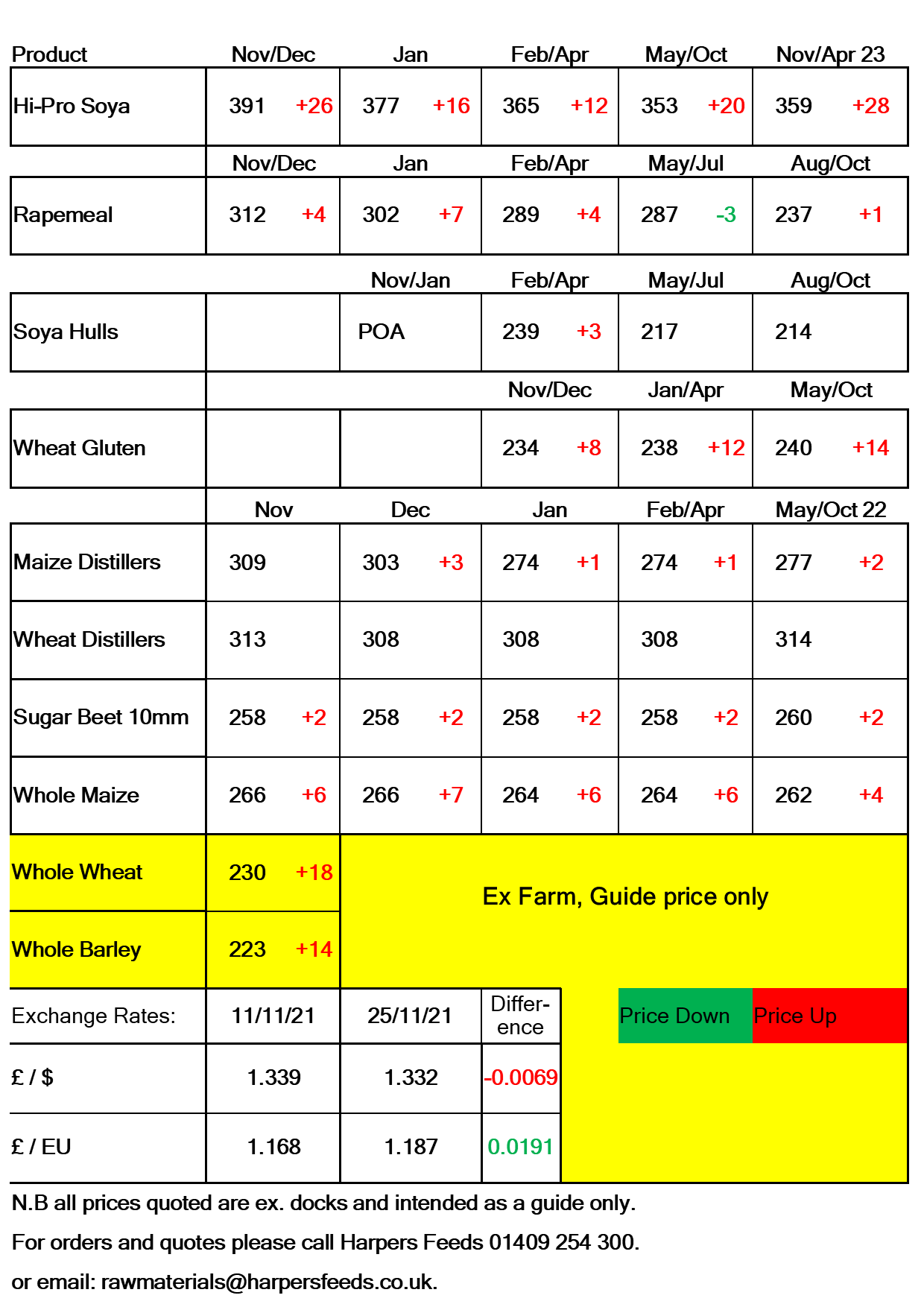