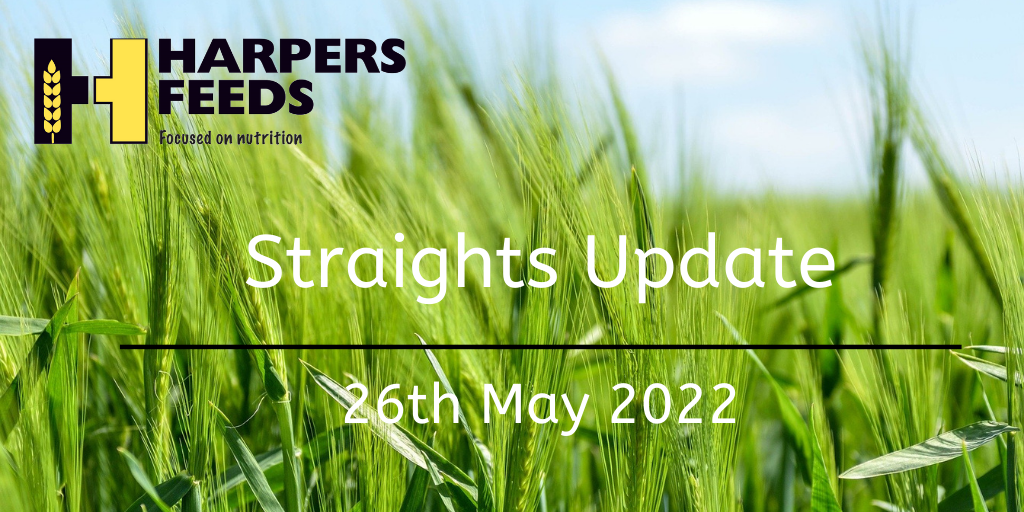 Global grain prices have come under pressure this week after reports surfaced of a potential food export corridor out of Ukraine. A senior Turkish official has stated that the country is in negotiations with Russia to create an export corridor through the Bosphorus which would allow Ukraine to start exporting grain out of the country via ship. The Bosphorus is a narrow, natural strait in Northwest Turkey and is the only way for Russia and Ukraine to reach the Mediterranean Sea.

However, Russia is proposing that for such corridors to be agreed, sanctions imposed on them by western countries would have to be lifted in exchange. Many see this as an unlikely scenario.

The ease in global grain prices follows an initial rise seen last week when India announced it would be imposing an export ban on private overseas sales of wheat. The ban was imposed following the ongoing drought and heatwave seen in the country, which has caused large damage to domestic production.

Rainfall in the US has started to arrive again across large parts of the US winter wheat area, alleviating what has been drought conditions. French wheat condition scores have continued to deteriorate, with the proportion of wheat rated good and excellent last week falling below average, rated just 70% Good and 3% Excellent.

Maize planting in the US made encouraging progress last week, jumping from 49% complete to 72% complete and is now 7% behind the average of this time last year. Global Maize supply remains tight with competitiveness to other feed grains and bioethanol margins being watchpoints going forward.

The global and domestic barley market remains tight with prices remaining to be supported by firm wheat and maize prices.

Strong demand for old crop US soybeans combined with tightening US ending stocks is supporting the market. The Brazilian soybean crop that is coming to market at the moment is estimated at 125MT, down 10% from last year. This crop was initially estimated to be a record crop, but drought conditions over the past five months compromised production estimates. Further demand for US soybeans could support prices and is something to monitor going forward.

Old crop rapeseed prices will remain supported until this coming European harvest. Longer term, the outlook looks better supplied, however market direction will depend on the Russian-Ukraine war and whether this will impact rapeseed/sunflower exports out of the Black Sea. 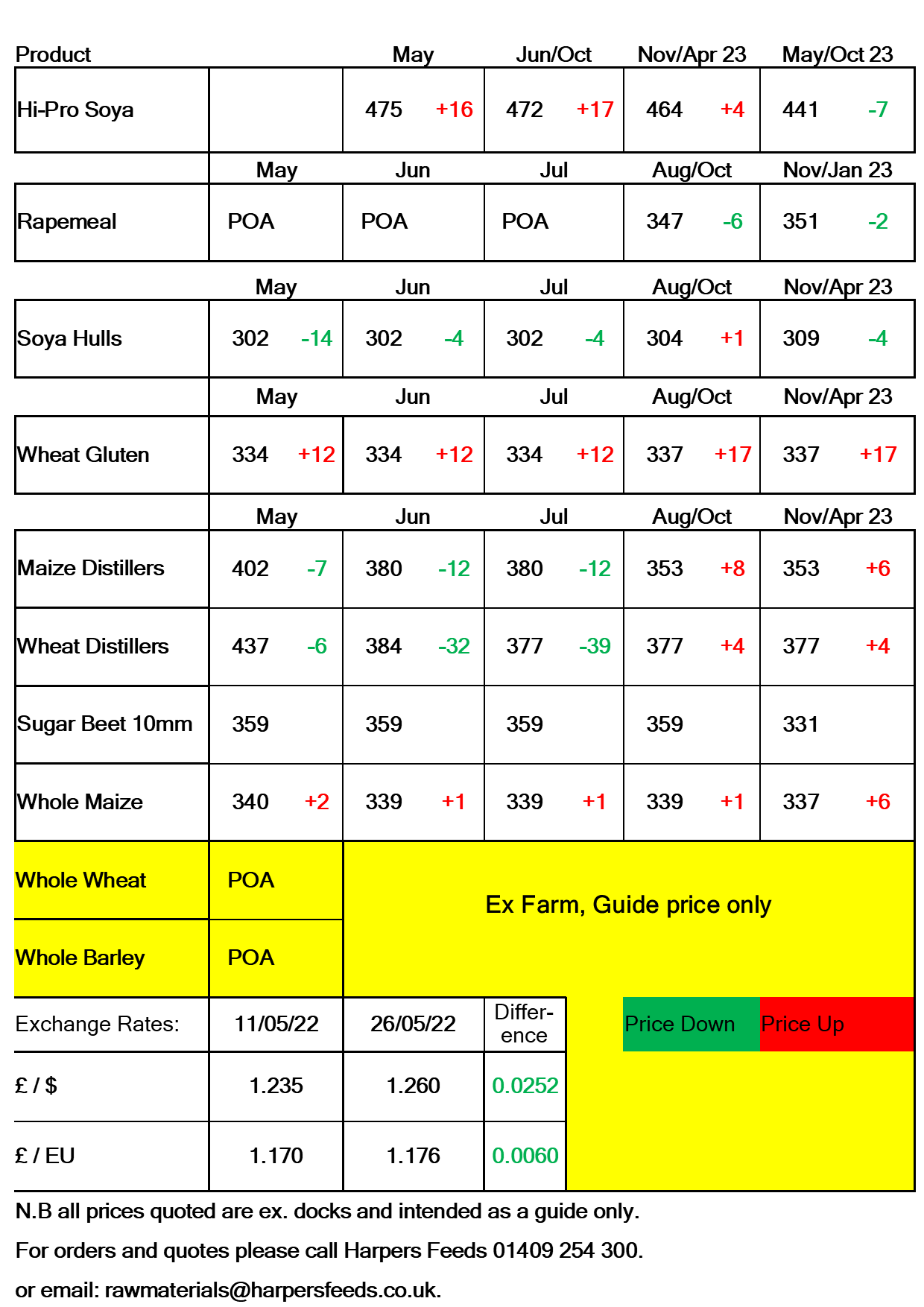