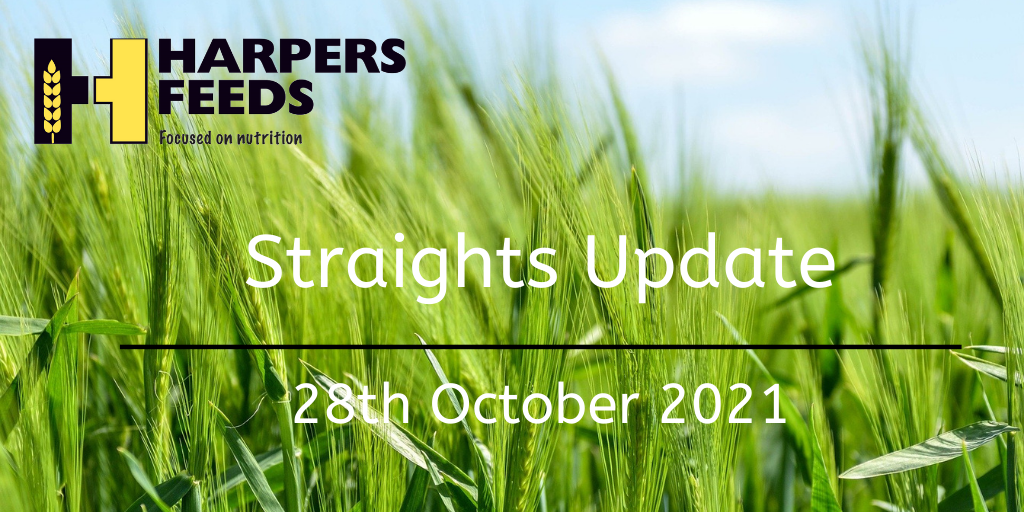 The US Soybean harvest continues to march ahead, reaching 73% complete, marginally ahead of average and yields remain good.

Weather in Brazil has been improving with rainfall benefiting soil moisture and enabling rapid planting, further adding to production confidence for Brazil. Although the Brazilian Soybean harvest won’t commence properly until March, a large Brazilian soybean harvest reduces export pressure and demand on US soybeans.

UK Wheat prices continue to rise as countries around the world are looking towards European Wheat to fill the gap left by poor harvests in other major exporters. European Union exports may top 11 Million tonnes by the end of the month according to analysts, up 25% from last year.

The European corn harvest could be under pressure due to the ongoing energy crisis. As the grain often requires to be dried down after it has been collected to ensure proper moisture content, the task is becoming more costly as gas and energy prices surge. The majority of harvest is collected through November and the crop is already in strong demand due to the increasing price of wheat. 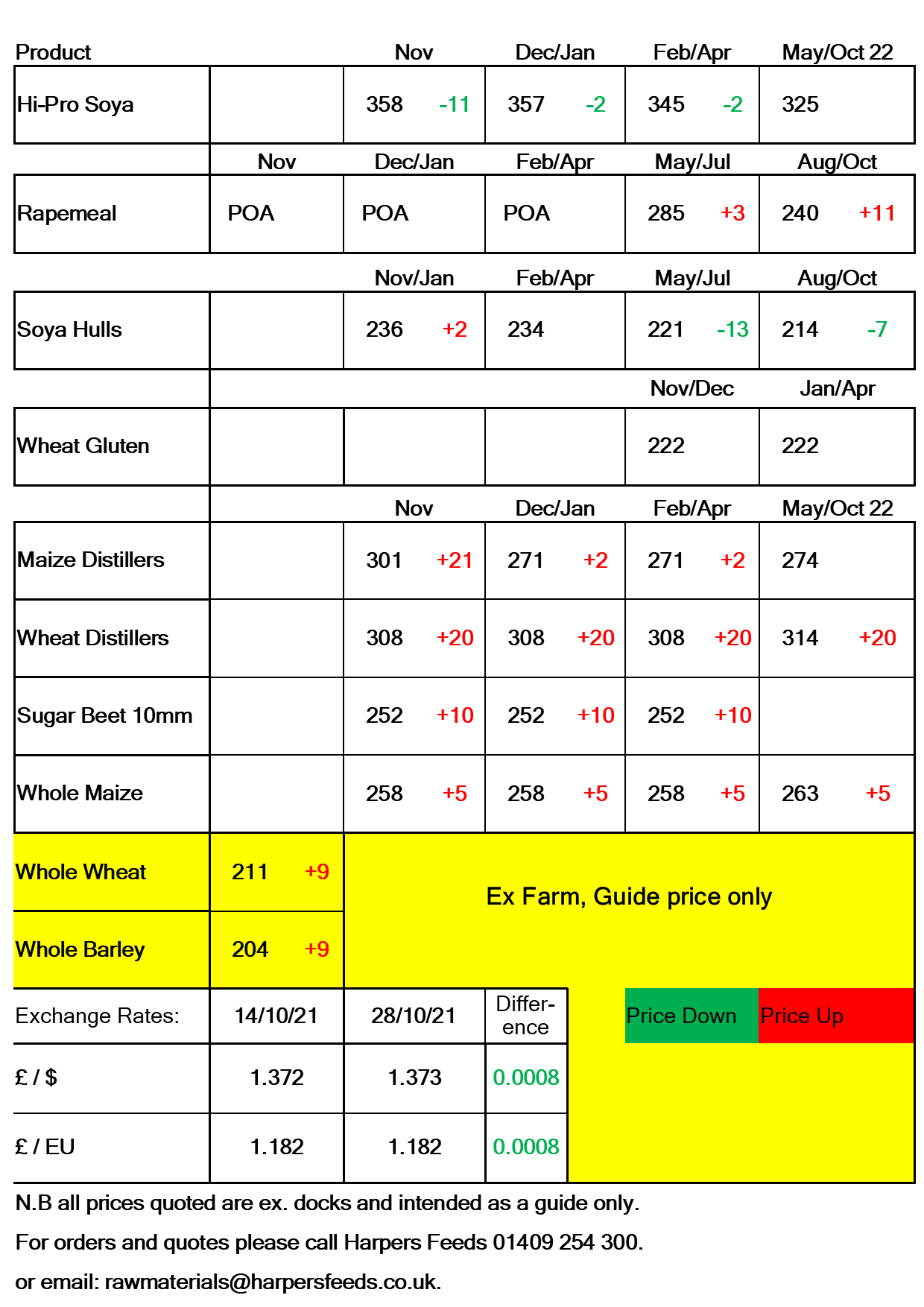