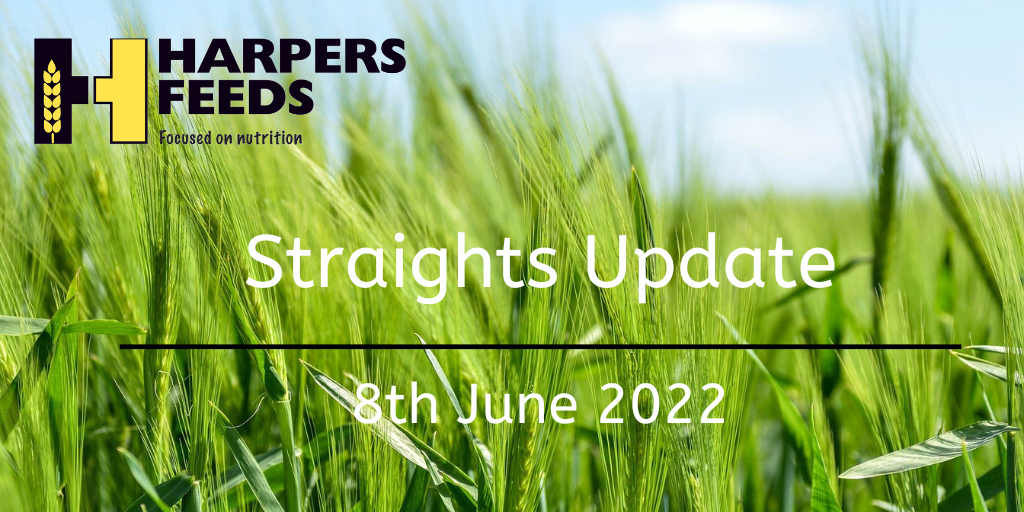 The UK feed wheat futures has experienced some volatility over the past 48 hours. Yesterday prices began the day by rising by £20/tonne from Monday’s close to then drop by £12/tonne later in the afternoon. The volatility seen has been due to the ongoing talks between Russia, Turkey, Ukraine and The UN regarding the potential export corridors which would allow Ukraine to begin exporting grain and food out of their docks, through the Black Sea.

Turkish officials suggest talks have been positive, however reports also indicate that the Russian Government imposing conditions that Ukraine will almost certainly never agree too, therefore putting real doubt over any such agreement. One such condition is that Russia would demand that Ukraine would have to clear all the sea mines planted in the Black Sea, the majority of which were put there by Russian military forces. Such an operation alone would take six to ten weeks to achieve. With such contradicting news coming from each side of the conflict, we expect volatility to remain in the market until it is clear an agreement has been reached.

Severe winds and hail storms over the weekend in France has potentially caused significant damage to French wheat according to the French Farmers Union.

US Spring wheat planting made reasonable progress last week, reaching 82% complete by the 5th June, but still behind average.

The reopening of Ukraine exports remain a key watchpoint for maize as global supply remains tight. Like wheat, maize could see some pressure if such export corridors become realised. Longer term, export and Bioethanol demand will be key to market direction.

Soybean planting in the US has also made healthy progress, reaching 78% complete by the 5th June.

The USDA have suggested that 2022-2023 soybean production in the US, Brazil and Argentina could rise by more than 13% above the five year average. The three countries and Paraguay account for 94% of the worlds soybean exports.

Global rapeseed prices have eased over the past couple of weeks. The ease is due to drop in demand for the product, with Soya still better value in regards to protein. 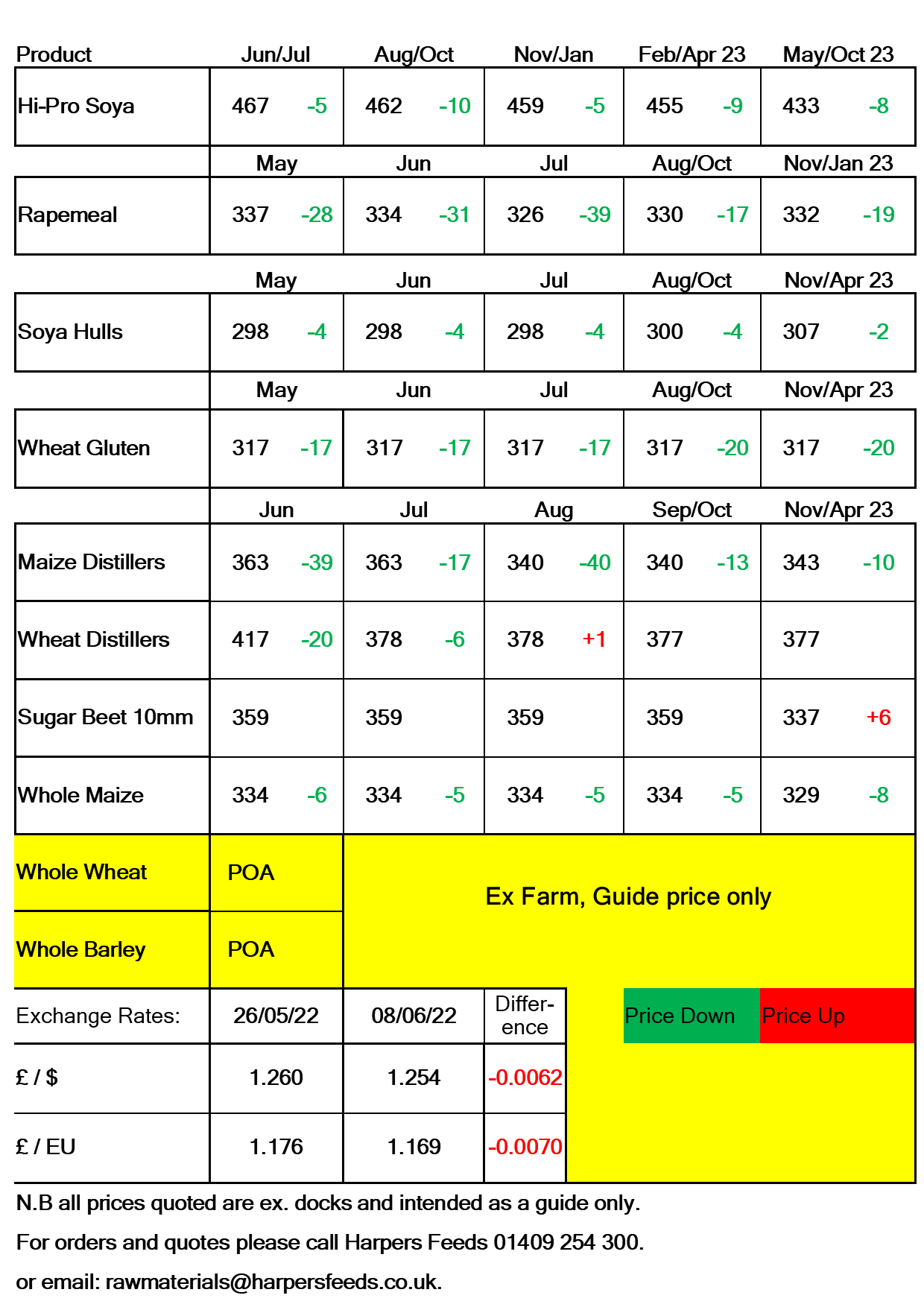