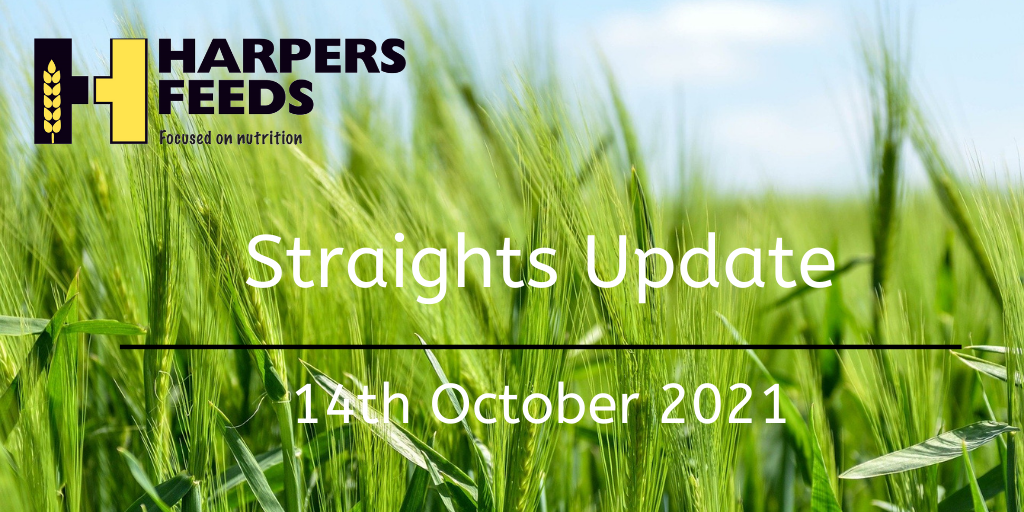 Wheat prices are expected to remain high for the time being as the market remains bullish following this weeks USDA report.

Weighing heavily on global prices are tight supplies of wheat in the northern hemisphere due to poor weather in the US and Russia. The tight stocks combined with Canadian wheat production being downgraded by 2MT has kept wheat prices at high levels.

Barley prices are also expected to remain high in the short term. Global supply remains tight with stocks expected to fall to their lowest levels in modern history.

Soybean prices have eased following both the September Stock Grain report and this weeks USDA Supply and Demand report. Beginning stocks were revised upwards due to greater confidence in domestic production, up 2% from last month and if realised it would be a new production record.

The report also indicated that both US beginning stocks and production were increased. Canada and the Eu have also increased production, yet Russia and Ukraine had fallen in production.

All eyes will now turn to China and Brazil. China have been slow to buy US soybeans and with the prospect of a record large Brazilian soya crop, China could still be a key figure in market direction. Concerns of a La Nina weather warning could however hinder production in Brazil and Argentina. 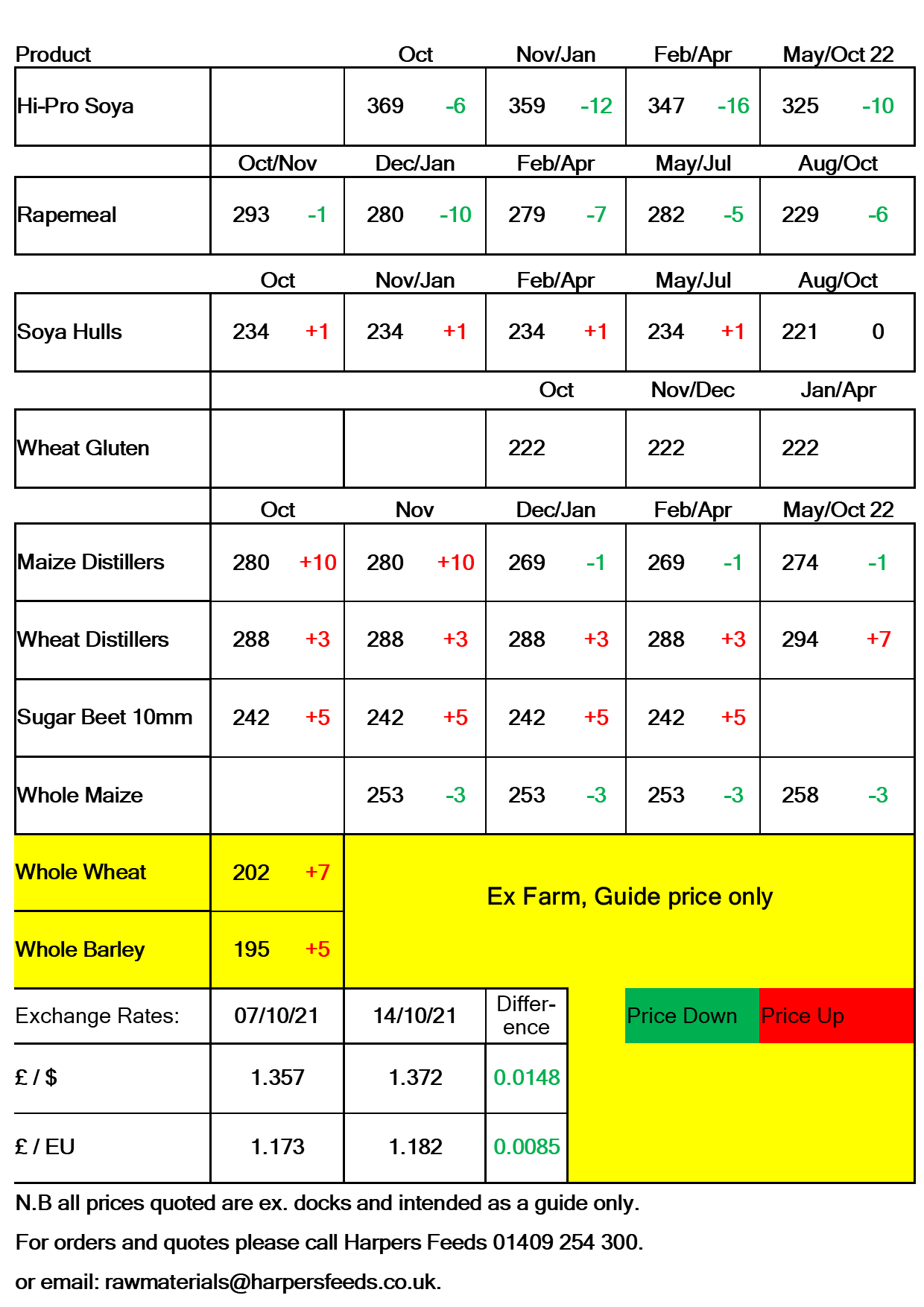